CAN BANKRUPTCY GET RID OF TAX DEBT

Can I get out of paying back taxes?


Being tax season, or close enough, I though I would repost an article I wrote for my work website, www.wwwlawofficeofedwardhanratty.com.

The take away is, you dont necessarily have to pay all your past due taxes, if you file bankruptcy, but you do have to file all of your returns.

Bankruptcy can be an effective tool for managing tax debt, and a wise practitioner will be familiar with the tax related provisions of the bankruptcy code.


Edward Hanratty is a lawyer in Freehold, NJ that has focused his practice on bankruptcy and related matters  since 1997.
Location: Freehold, NJ 07728, USA

Popular posts from this blog 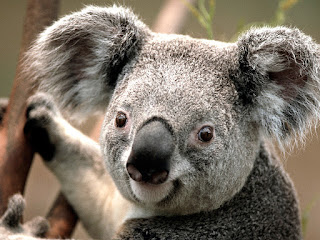 Even more on bankruptcy. What is a bankruptcy estate? The "bankruptcy estate" is a term that comes up a lot in bankruptcy, because it is the most essential part of any bankruptcy case. It is all the property rights, "the stuff" that the court can control during the bankruptcy case. When the petitions field (the papers that start the bankruptcy case) the "estate" is created. like when someone dies, what they leave behind is the estate, but here no one is dead. The estate is everything the debtor has a right to, whether he has control o it when he files or can get control over it later, so it is pretty broad as to what it contains. There are lots of disputes over what is and what is not part of the estate- is a lawsuit that is not filed, or even unknown at the time of filing, part of the estate? If your uncle died and left you money but you haven't received it yet, is that part of the estate? That's stuff bankruptcy judges decide. Big p
Read more

April 20, 2020
https://www.wwwlawofficeofedwardhanratty.com/debt-defense-videos These are videos put out by a non-profit that helps people deal with debt,and with debt collectors. They will tell you what a collector can and cannot do, and how to stop them when they break the rules.
Read more